Mobile Studio Architects is passionate about the process of working collaboratively with people to create engaging, inventive and innovative spaces and structures.

Mobile Studio Architects is a London-based architectural practice working across sectors and building types to create extraordinary spaces and places.

Our design-led approach is inclusive and collaborative, and our diverse experience enables us to take a multifaceted approach that leads to projects that captivate and excite.

We work closely with our clients, listening to their needs and desires, testing the parameters of briefs to reveal the unexpected, whilst managing programme and budget to create value.

Working with Mobile Studio has been an absolute treat. I went to them with a wholly unrealistic proposal and with very little time to make it happen. Astonishingly, their enormous drive, attention to detail and natural style made the brief a reality.

Our clients span both the public and private sectors and include Tate Modern, Camden Arts & Tourism, Royal Academy of Arts, King’s College London, New London Architecture, Florence Nightingale Museum and University College London. We also work with private individuals to create unique homes that suit their way of life. Our residential projects range from new-build houses on Anglesey to the refurbishment and restoration of contemporary and listed homes across London.

We are currently designing cultural, hotel, housing and private residential projects across the UK and the Far East. Our work has been recognised for the quality of its design and selected for many awards and competitions.

‘Art, architecture and everything in between’. This is an advantage in a world where architects will have to offer a wider array of services.

At Mobile Studio Architects we are committed to creating architecture that is valuable, transformational and of the highest quality.

We combine expertise across a wide range of design services including:

We believe this interrelated network of services and expertise informs, consolidates and helps to guide our multifaceted approach.

We are excited by collaboration and the possibilities working together can bring. We know that when people come together in a truly collaborative way amazing things can happen. By listening, exploring and developing ideas we have created places, spaces and structures that enthral and delight whilst always meeting the fundamental requirements of our clients.

Our team is energetic and versatile, always looking for new and more efficient ways of working, more elegant methods of communicating, and better means of presentation.

At Mobile Studio Architects we provide a full range of architectural services and work closely with our clients through the design, procurement and construction of projects.

To help you get an understanding of how we work we’ve summarised the process below:

If you have a project in mind, we’d love to hear about it. 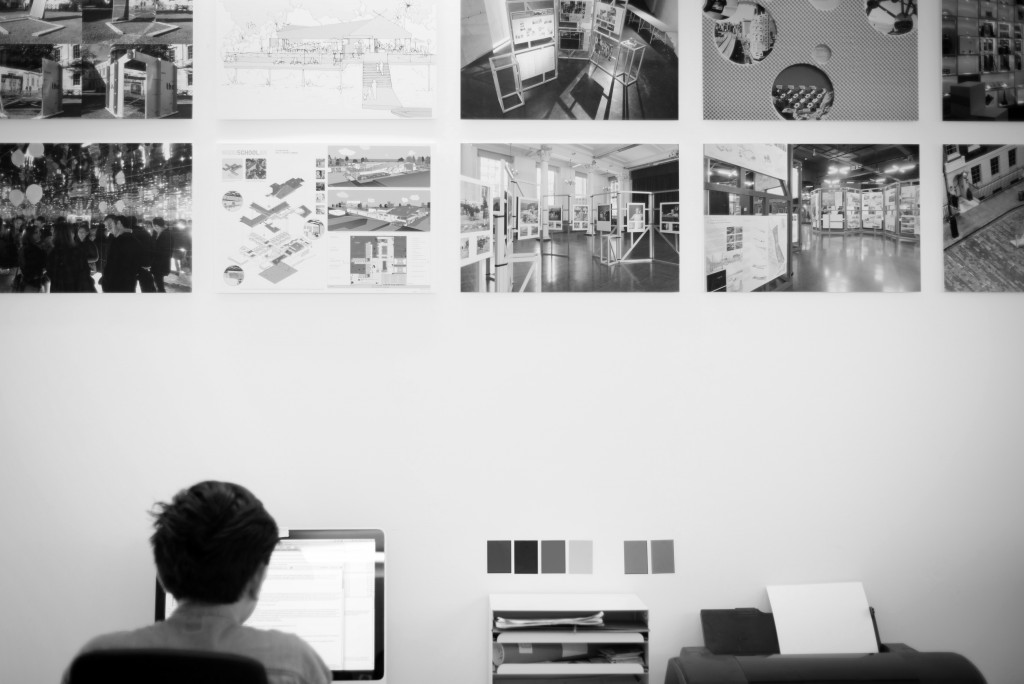 Mobile Studio’s mix of intellectual rigour, pragmatism and strong design sensibility has consistently resulted in projects that not only engage but also delight.

Chee-Kit Lai has led a variety of projects from small-scale residential to substantial public, commercial and cultural sector work. He is keenly attuned to clients’ needs and desires and works alongside them to realise their aspirations while meeting the demands of programme and budget.

He develops and fosters working relationships with the wider team, including contractors, design team members and consultants, both on- and off-site. His ability to lead projects and teams through all stages of the design and delivery process has led to many repeat commissions for the practice.

A graduate of the Bartlett School of Architecture, University College London, Chee-Kit is a visiting critic at a number of the UK’s leading universities including UCL, Central St Martins, University of Nottingham and University of Westminster. He is also an RIBA Awards Assessor.

Chee-Kit set up the practice in 2008 after working with a variety of award-winning architecture practices. He is involved in all of the studio’s projects and works closely with clients helping them to achieve their aspirations in a personal and insightful way.

Chee-Kit is a keen runner and is fascinated by airports and air travel.

Will joined Mobile Studio after graduating in 2015 with a first class honours Bachelors Degree in Architecture from the University of Nottingham.

Will believes in simple and honest design, and its ability to effectively solve creative problems on both small and large scales. During his time at university Will completed several freelance design projects for local clients, helping establish brand identities and online portfolios.

Will enjoys rowing, cycling and being in the great outdoors.

Alex joined Mobile Studio in 2013 after graduating from the University of Nottingham with a Bachelors Degree in Architecture.

Alex is a naturally curious and talented architectural designer who has led a number of successful projects including the RIBA Regent Street Windows project and exhibitions for University College London English and Art Museum. He is currently working on a number of competitions.

Alex is inspired by technically simple yet innovative solutions to practical problems. He believes in a playful approach to architecture that teases out an enjoyment of the everyday.

His pastimes include playing rugby and exploring new cities.

Julie joined Mobile Studio in 2015 and holds a Bachelors of Environmental Design from the University of Manitoba in Winnipeg and a Masters in Architecture from the Royal Danish Academy of Fine Arts, School of Architecture in Copenhagen.

Julie’s design interests deal with an architecture which offers mediation of differing views which emerge from sites of conflict through an intricate process-based approach. She was involved in the founding of RAW Gallery of Architecture and Design in Winnipeg and has a continued interest in the intersection between art and architecture and the roles of creative institutions in the city. Julie is currently running a number of private residential projects in London.

Special thanks to our previous team members:

We’ve really enjoyed the collaboration. It’s been a joy!

Mobile Studio created a home that’s perfect for us and our growing family.

We work with a diverse range of clients including public bodies, local authorities, developers and private individuals.

We are committed to building long-lasting and mutually beneficial relationships with everyone we work with and are proud to say that many of our projects are repeat commissions. 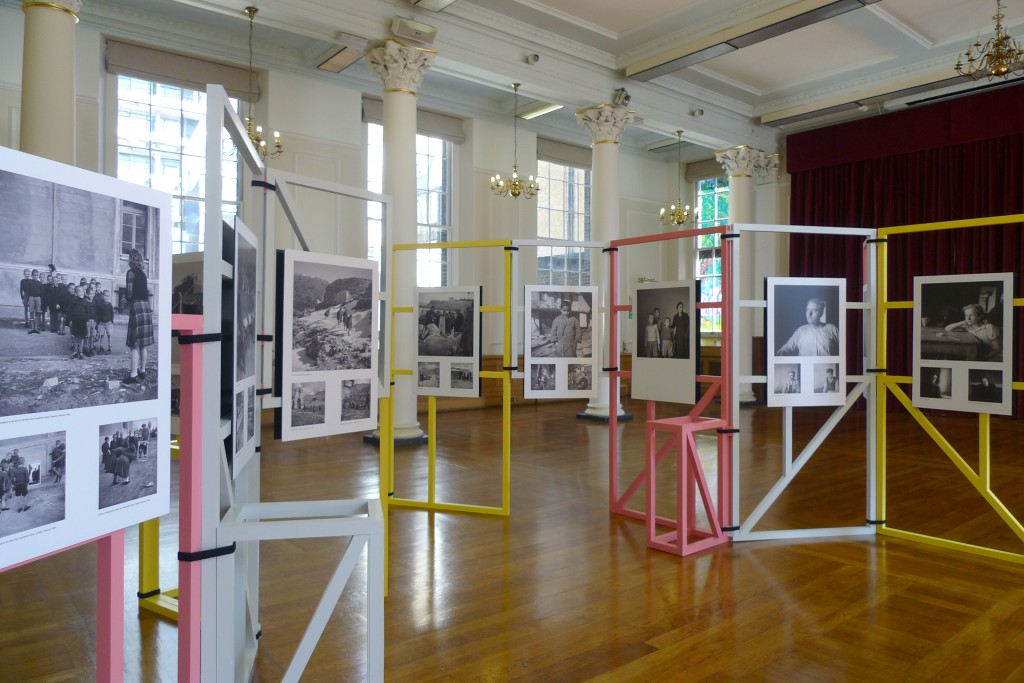 Mobile Studio made us question the relevance of style in architecture; explaining that good architecture arises not from modernist or traditionalist schools of thought but rather out of discussion, collaboration and game-playing.

The talk was perfectly pitched covering the background to the project and the ideas which spurred it; what all the ‘pieces’ were; how you made it; and what you wanted it to incite. It was a great way of bringing an important issue into the gallery, while at the same time creating a lovely object.

We understand the intrinsic value in the relationship between academia and professional practice and our director, Chee-Kit Lai, has extensive design and architectural teaching experience in a variety of schools and organisations. We believe that this dialogue is an essential part of the creative process and enables us to design and deliver the highest quality of architecture.

Chee-Kit is an Associate Professor (teaching) at The Bartlett School of Architecture, University College London. His roles include Director of Exhibitions and BSc Architecture (Unit 9) co-tutor. He is also a visiting critic at a number of the UK’s leading universities.